Halloween is upon us once again, and that means Homestar Runner has updated with its annual Halloween cartoon!


I'd say that "Mr. Poofers Must Die" is one of the better entries in the series. Kind of an anti-climax at the end, but I'd say that this was a massive improvement over the last/first time they tried telling a scary story. They got pretty creative with the costumes this year. Pom Pom and Coach Z were combined for a Missy Elliot costume. While it's an inspired choice, it just tells me that they're running out of costume ideas for Coach Z. There's not many identifiable rappers left for him to dress up as.

Way, way back when this blog was in its infancy, I posted a ranking of my favorite costumes worn by each character over the years. Since that entry was posted ten(!) years ago, I figured it was time to update my rankings.

Well, my only criteria this time around are that they were from cartoons made after that first entry was made. The latest cartoon back then was "Most in The Graveyard" (one of my all time favorites), and since then there's only been six more Halloween toons made. Hell, there was a five year gap between "Doomy Tales of The Macabre" and "I Killed Pom Pom." (not counting a cartoon in between them where characters dressed up for Decemberween instead)

Once again, I stuck to one costume per character (but there's always honorable mentions). 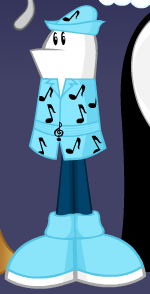 I had to go for the MST3K costume. No surprise he managed to creep everyone out in it. Mr. B has that kind of talent. I pretty much flipped a coin between this and when he dressed as Tobias when he auditioned for the Blue Man Group from Arrested Development and Mr. B won. Fun fact, in that cartoon, you can see blue handprints everywhere (just like in the show), despite Homestar's notorious lack of arms. 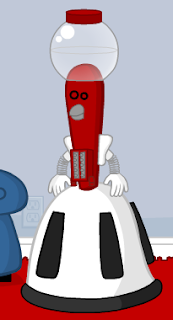 Again, the MST3K costume was an obvious choice. I found the costume as a whole really impressive, and it was one of the few costumes where she wasn't some kind of musician. Servo even has arms! I'm sure they're just as functional as the real thing. 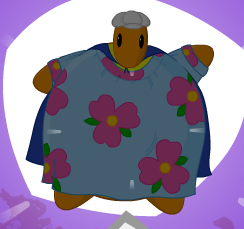 Pom Pom had a bunch of great costumes and it was pretty tough to choose one. He tends to go with costumes of round characters, and he got pretty creative, like a Pooka from Dig Dug, Orange Bird's head, and Wilson the volleyball from Cast Away. But the Simpsons reference was a no brainer. That muumuu outfit is pretty iconic. 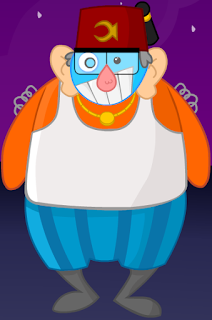 Bubs tends to go for really shady, huckster characters, and there's no costume that fit his personality better than Grunkle Stan from Gravity Falls. I wish there was a cut of Gravity Falls where Bubs IS playing Grunkle Stan. 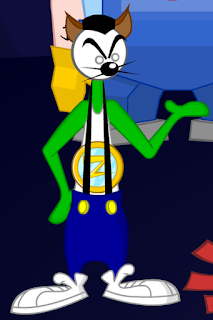 MC Skat Kat, known for appearing in Paula Abdul's "Opposites Attract" video, is by far my favorite of Coach Z's costumes. He's had to go pretty deep in the hip hop well for costumes, as other years he dressed as Parappa The Rapper, the So So Def Recordings logo, a mascot on the cover of A Tribe Called Quest's albums, and someone named Kwamé. Maybe Childish Gambino next year?

It was pretty hard to decide which of The Cheat's costumes were my favorite, I loved all of them, but I have to give it to a Calvin and Hobbes reference. I was almost going to go with the Fudgie The Whale costume, as I've been on a kick of watching old Carvel commercials lately.


God, talking like Tom Carvel is addicting. I love his voice.

HM: Fudgie The Whale (The House That Gave Sucky Tricks), A Korok (Mr. Poofers Must Die), The Lorax (Doomy Tales of The Macabre) 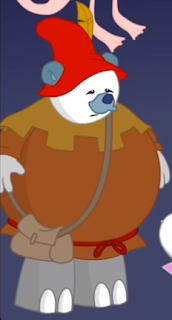 I'll admit, I haven't been really impressed by many of Strong Sad's costumes, but Tummi Gummi from Disney's The Gummi Bears was a clear winner. He was famously voiced by Lorenzo Music, who also voiced Peter Venkman in The Real Ghostbusters (and that fact is referenced in Mr. Poofers Must Die). 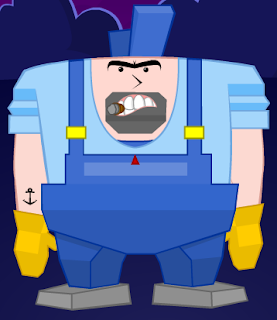 I've been loving the choices they've been making for Strong Mad's costumes like Powdered Toast Man and Goro, but his costume as the guy from The Dire Strait's Money For Nothing video is one of the most inspired choices I've ever seen. 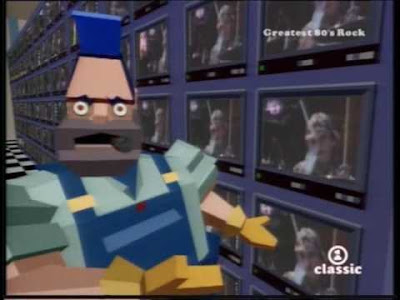 Looks just like him. And just for fun, here's Weird Al's version of that video, where Sal is played by Jed Clampett: 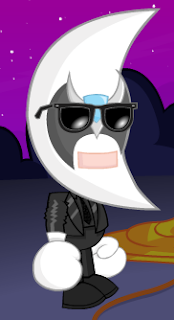 And here I thought Strong Bad's costumes couldn't get any better than Jambi The Genie, and here comes Mac Tonight. I've gone on before how he's my favorite fast food mascot, so how could I not love this? I knew this was going to be his peak costume because I haven't really been impressed by any of his costumes since then, although Viewtiful Joe from this year's toon might be signaling an uptick, though. 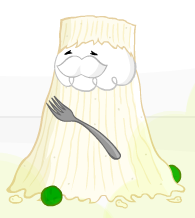 It's been well established that King of Town likes to dress as food mascots, or something resembling a mascot (like the time he dressed as Hello Kitty), and an actual mashed potato mountain seemed right up his alley. Since he had that bobbing for turduckens in mashed potatoes booth in Halloween Fairstival, it was only inevitable that he'd one day just cover himself in mashed potatoes.

In case you were wondering, he's dressed as the Devil's Tower made out of mashed potatoes that Richard Dreyfuss builds in from Close Encounters of The Third Kind. 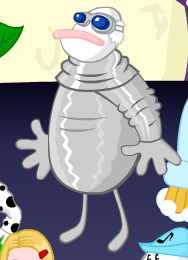 This is probably one of the deepest cuts of any costume they ever did. This was a character played by Larry David in one episode of Seinfeld (The Heart Attack), who has a total of maybe twenty seconds of screentime at the most. 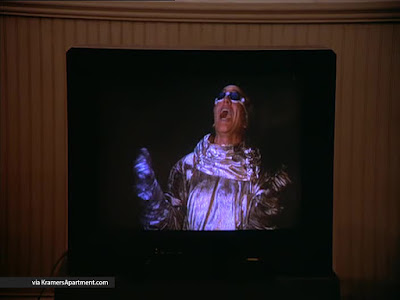 We don't even see anything below his waist, Poopsmith had to improvise. That's dedication. He's had loads of great costumes over the years, but obscurity points win it for me this time. 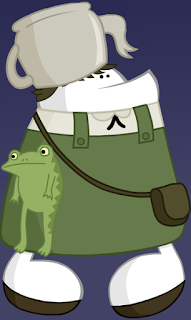 I'm honestly shocked when Homestar Runner references anything made in the past five years, and Over The Garden Wall is perfect for Halloween costumes, especially Homsar. "It's a rock fact" seems like something he'd say.

It's only ten episodes but I strongly urge you to see it if you haven't already. It's a fantastic miniseries that gets you right in the Halloween/fall mood.

And that's everyone. I hope everyone had a safe and happy Halloween! I'll see you guys next month.