Some Stuff I Saw

Hey folks, I saw a big duck the other day. 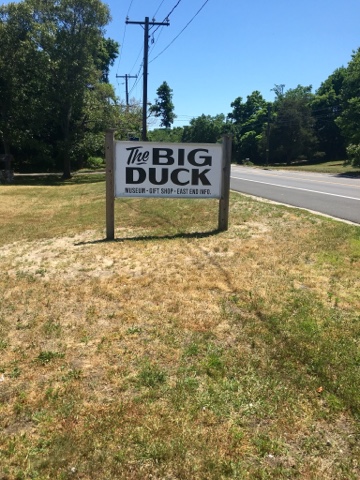 Yes, I'm probably the only person on the internet right now that typed in "big duck" on purpose. What is this, you might ask? Why, it's Long Island's famous Big Duck! I'll admit that I have a fondness for weird tourist traps, and I've been reading about this place my whole life and last Saturday I finally took a trip out to see it in person.

Its history is pretty much as follows: Duck farming used to be a big industry on Long Island and back in the thirties a local farmer wanted his farm stand to stand out from the others. A trip to California led the guy to see those awesome buildings that were shaped like things, like this one: 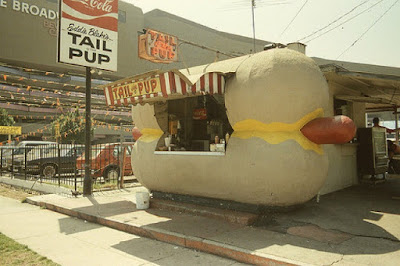 And he realized that maybe building a giant duck was the way to attract people to his duck farm. Well, it worked and it eventually became one of Long Island's local weird landmarks. The building's changed hands several times and moved around the island since it was originally built, but it currently resides back in its hometown, the small hamlet of Flanders, NY. Stupid Flanders.

Like most quirky roadside attractions, it's found an hour's drive from your home, sitting in a giant field in the middle of nowhere. 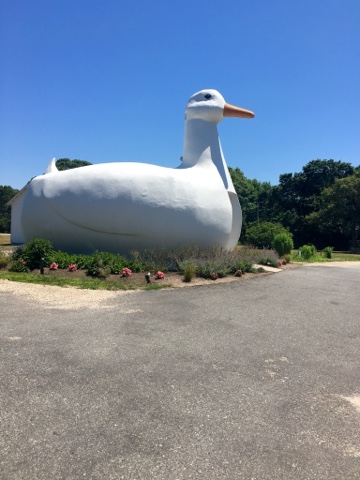 Impressive, right? You can't see it in the picture, but there's a giant field of nothing behind it. I'm assuming that's where an ancient duck farm used to be. It's no Wall Drug, but that doesn't make it any less special and weird. But what's inside of it these days? Why, a gift shop that doubles as a tiny museum. 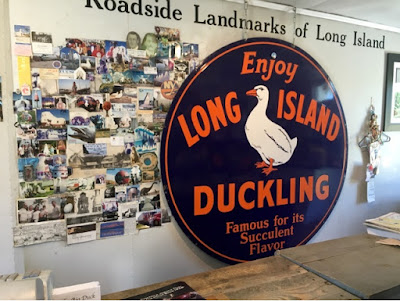 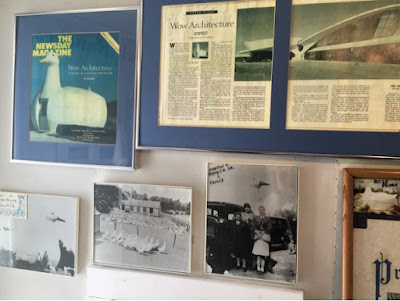 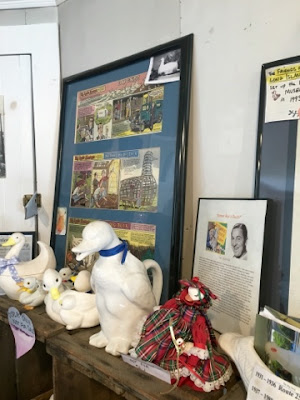 There's not much wiggle room in there, but I found the place pretty interesting. The guy sitting down in there was pretty knowledgeable about all things duck, and history about the big duck. If something could have a duck on it, it was there. There were pictures of the duck throughout the years, especially how it's decorated for the holidays. There's a big witch hat on it during Halloween, and they have a lighting ceremony when it's Christmas time.

I even saw what was up the duck's head: Nothing, closed off by glass. It was neat, but it wouldn't have been an interesting picture.

It was a quirky way to spend a few hours, most of that time was spend traveling there and back. Like I said, a tiny room inside a giant duck isn't something you buy a season pass for, but I'm glad it's there and that I finally got to see some local history up close. It's free to go in, but I dare you to leave without a little something with a duck on it. You can even become a Friend of the Big Duck, so people in the future can appreciate this grand sybol of man's power over duck.

Maybe this will inspire you to find the weird landmarks where you live? That would be cool. I'd recommend browing the Weird U.S. site to find one near you!