This month really crept up on me, folks. Seriously, it felt like just yesterday I was watching the ball drop and now February will be tomorrow.

But anyway, the Super Bowl is coming up on Sunday and everyone will be cheering for the Jacksonville Spungoes and the St. Louis Scorpions or whoever the hell is playing this year. As per usual I'll be alone amusing myself with the Puppy Bowl and the occasional riffing of the weird commercials that we'll all be sick of in a week, all while gorging myself with those Scoops chips, the best snack God almighty had blessed unto us.

But hell, the Puppy Bowl is something I anticipate more than the Super Bowl itself these days. All 18 hours of it. I hope Meep The Bird livetweets again, she's one of the few Twitter feeds I trust these days. 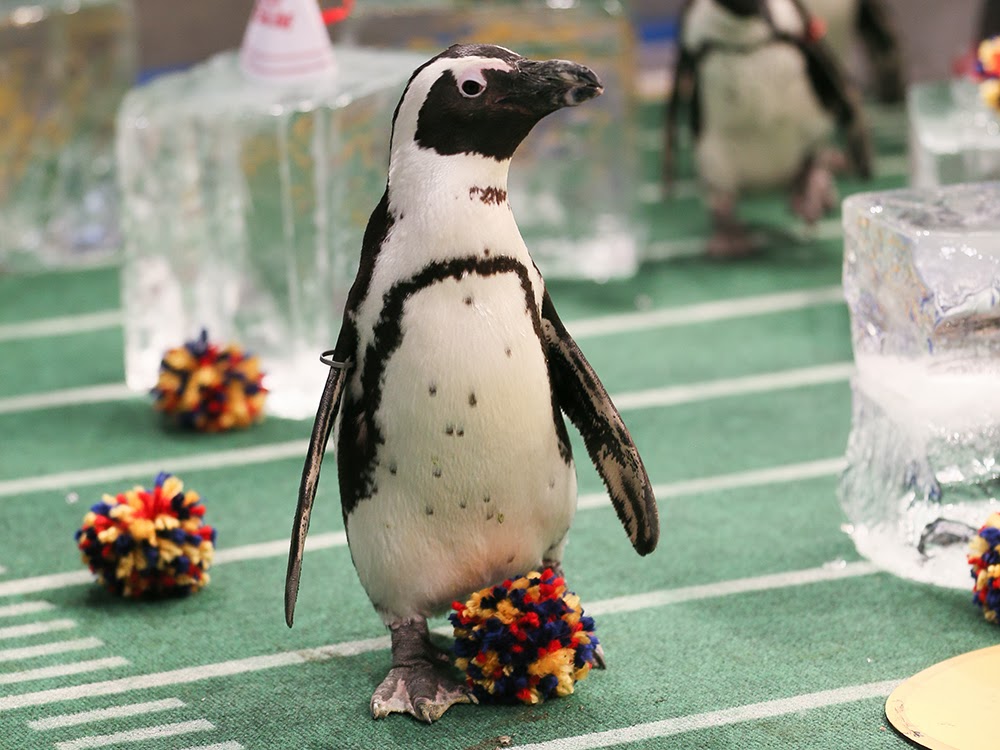 Look at that, they got penguin cheerleaders this year! Do the Broncos have penguin cheerleaders? No. No they do not. But at least the real game will have competent refs. So many missed calls in last year's Puppy Bowl I lost about 400 dollars. I think I have a problem with gambling, guys.

And apparently this year there's going to be a few alternatives to THAT, like the Kitten Bowl on the Hallmark Channel. 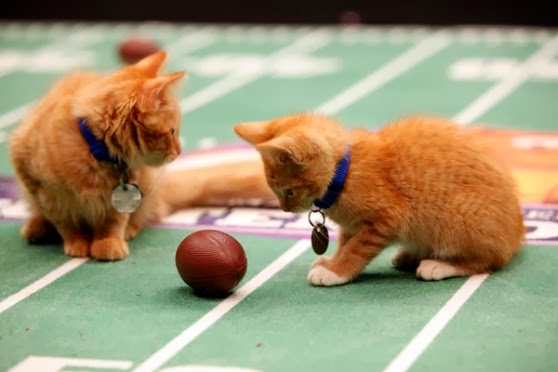 I love kittens more than I love puppies and this is supposed to parody the Super Bowl but come on, at least have them pretending to play a different sport! Maybe a little rugby or hell, some foreign version of football that's not actually called soccer! At least it's better than what's gonna be shown on Nat Geo Wild, the Fish Bowl. Everyone's a fucking comedian these days. Seriously, I'm not making this up, it's definitely happening. At least literally watching a fish in a bowl is better than watching yet another Duck Dynasty marathon.

What's also interesting about Sunday that for the first time that I can remember, Super Bowl Sunday just happens to fall on Groundhog's Day. 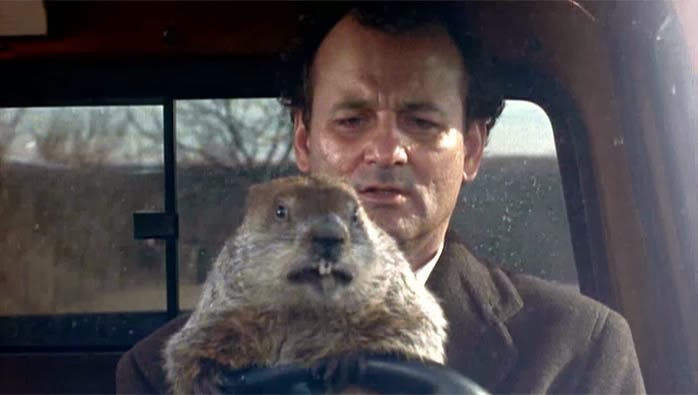 I guess if Mr. Phil sees its shadow, it'll be 6 more weeks of Peyton Manning or something. I never said I understood football, you knew this going in.