A few years back (nearly two years ago to the day, in fact), I posted an entry about all the neat stuff I found at the local flea market.

Well, a few weeks back I went to it again, it was finally warm and sunny so that meant all the good vendors were out in full force to sell all kinds of crazy crap. 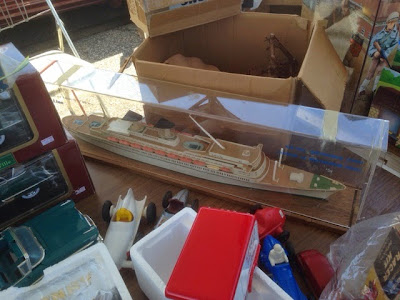 Want adding machines or old CB radios? They got you covered. 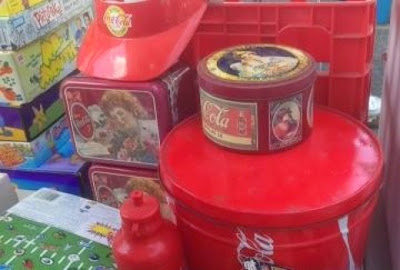 Lots of Coke memorabilia was here, too. 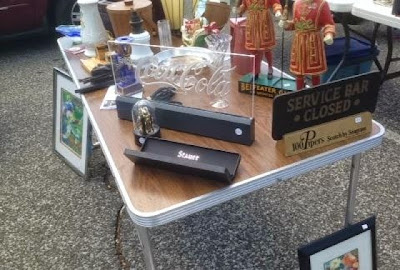 Pretty neat Coke sign. The other signs there are great for that bar that you have in your basement. If only you had people to invite over... 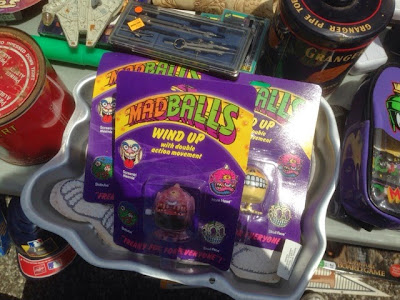 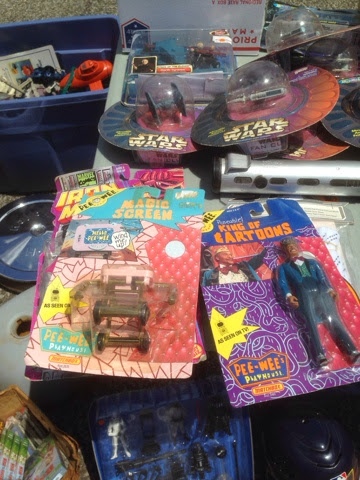 The toy vendors had all types of obscure stuff, like classic Pee-Wee's Playhouse figures mint in the package. I would've gotten that King of Cartoons but I would've felt bad about taking it out of the package. I've never been one of THOSE toy collectors, but when I come across old toys that have spent years if not decades still in the package, it seems like a waste to end all that hard work, even if the toy itself was never that valuable. 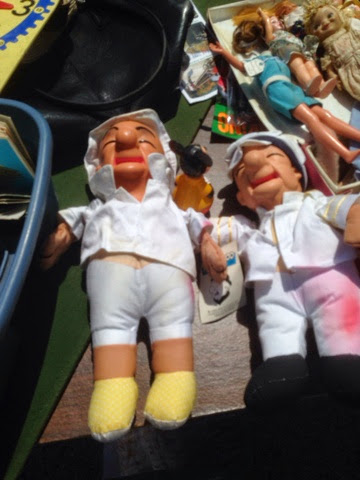 Mr. Magoo dolls seemed like a great idea back in the 50s. I had no idea that these were even made, but considering how popular he was I'm not all that surprised. 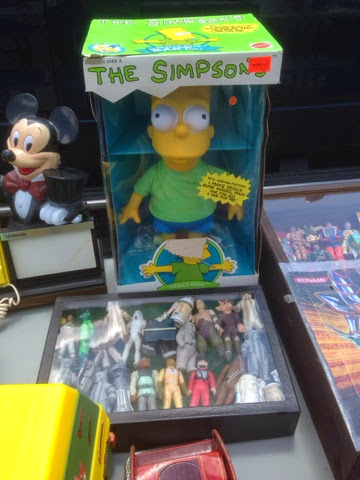 This Bart Simpson doll totally takes me back. I know I had gotten one of the talking dolls as a birthday gift back in the day, but I'm sure it wasn't the St. Patrick's Day edition. Early Simpsons merchandise was weird and crude, not unlike the show's look in the first few seasons. While the prospect of buying a childhood toy was promising, the price tag plus my aforementioned feelings on things that are MIB had me turn it down.

Also, note one of the Visionaries grouped with the classic GI Joe and Star Wars figures. And I believe that TMNT van in the lower left corner comes from the 2006 animated movie. 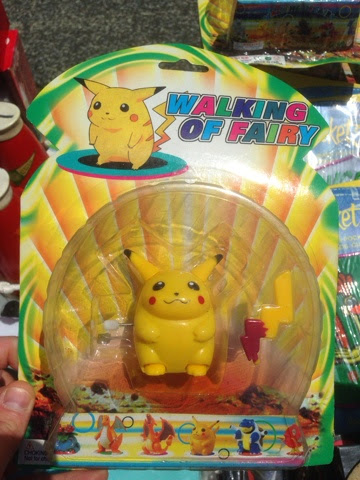 Ooh yeah, now these wind-up Pokemon figures were definitely something I had back in the day. This one guy had all of them: Pikachu, Lapras, and my personal favorite Porygon.

You see, back during Pokemon's initial heyday actual toys of the mons were few and far between and these crude toys were paydirt for us dumb kids. Seriously, "Walking of Fairy" wouldn't show up on any Nintendo product but hey, we got to be able to hold an awkward Porygon in our hands and that was good enough for us. 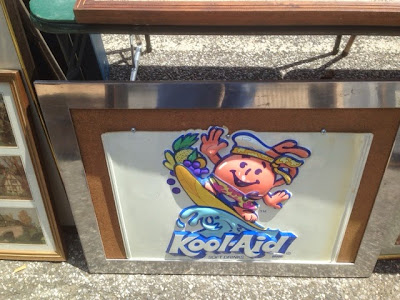 If this Kool-Aid framed thing wasn't beaten up to all hell I would've went home with it. So cheesy but lots of that paint had chipped away and I'm not in the mood to pay anyone to restore it. 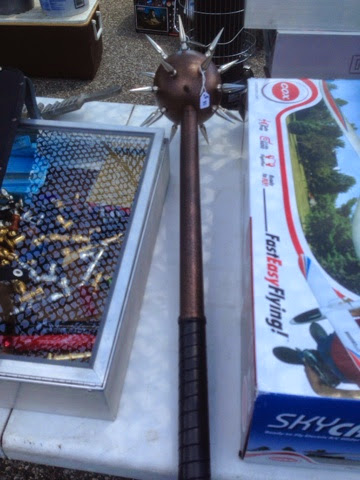 Then came the goods, the weapons booth! This booth mostly had knives and air soft guns, but this mace is what caught my eye. Eighty bucks for it was mighty tempting at the time, but I came across something more...special. 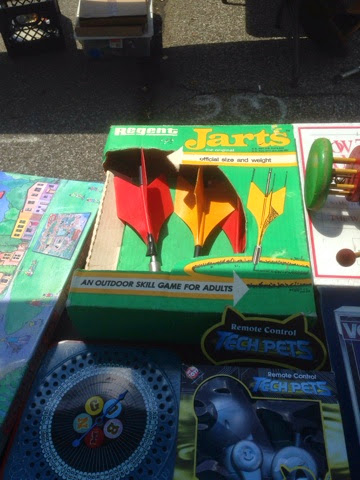 Yes you're not going blind, that's an authentic Jarts game from who knows when. Banned back in the late 80s for causing the death of an innocent child, I'd been searching for a set of these for years. Seriously, you can't sell them on eBay, it's on the same level of legality of human body parts or someone's virginity.

Several years back I saw someone sell this at a flea market in upstate New York for $100 and I thought it was a bargain. But you wouldn't believe how much this seller let me have this for.

Five bucks. Yes, you heard me right. One of the darts was broken plus he gave me "The 1:30 Special" (everyone starts packing up around then). That's always a good combo for me, so it came home for me to spend the rest of its days collecting dust in my basement.

We all won today, Jarts. We all won.