It's the end of the month once again, and it's been quite a month, hasn't it? I don't want to discuss politics in yet ANOTHER forum, but I have been doing some thinking lately.

I started this blog almost nine years ago, mainly as a way to keep my sanity. After all that time, I still find this to be true. I know I've slacked off in recent years, only sticking to one entry a month, at the end of every month. My enthusiasm for long-form writing began to fade right when I started using Twitter, sadly. It was short! Rapid! And very effective to get across to lots of people. But its greatest strength is also its biggest weakness, in which my thoughts tend to go beyond 140 characters.

It's easy to feel powerless, with all the stuff out in the world out of your control. You just have to find some way to deal with it all. Well, this is how I deal with it.

I don't want to keep making listicles, but here's some GOOD stuff I did the past month. 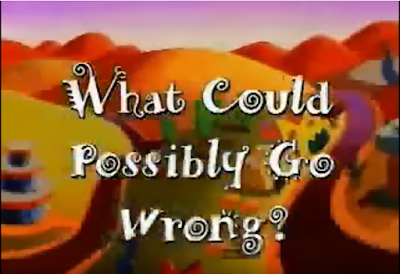 Well, first of all I began the year by subjecting myself to the Bubsy pilot. You remember Bubsy, right? The annoying Sonic ripoff? Well, he got a pilot for a cartoon made back in the 90s and I'm not lying when I say that it's one of the most painful things I ever sat through. It was the embodiment of everything wrong with 90s animation: Terrible animation, being wacky for the sake of being wacky, ugly colors, ugly designs, annoying characters, annoying voices for those characters, and none of the jokes land whatsoever. Seriously, the they're using Jokerman for that title card, it's the ugliest of all fonts. And it's amazing that

Speaking of twitter, many of my twitter buddies had been live-tweeting shows, mostly anime, every day for the past year. I decided to join the fun by declaring 2017 "365 Days of The Bubsy Pilot." I only made it eight days before I dropped the ruse. And I only sat through the whole thing once, that's seriously enough times to do it.

If you must subject yourself to it, you can watch it here:

But remember: you were warned. 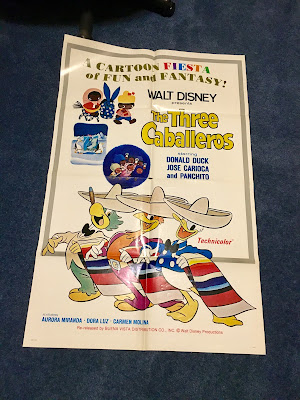 And now a recent ebay purchase: This original 1977 movie poster for a re-release for The Three Caballeros, my favorite Disney movie. When people are asked about their favorite Disney movie, they say stuff like Aladdin, Little Mermaid, or maybe even Frozen. This is my childhood favorite: a film from 1945 celebrating our friends in Latin America.

It's one of those compilation film Disney made during WWII, and it's about Donald Duck opening birthday presents. It features weird birds, a flying burro, and Carmen Miranda's sister. The other two main characters are José Carioca from Brazil (the parrot), and Panchito from Mexico (the rooster). The movie is mostly about them traveling around Brazil & Mexico while Donald ogles at women. The last act is a far out peyote trip that rivals the Pink Elephants from Dumbo in weirdness and must be seen to be believed. Like, right here:

Not a bad buy for $31 after shipping. It's in mostly good condition, there's a tear near the middle and it pisses me off. Also, it's one inch longer than the frame I had lying around for just such a poster. 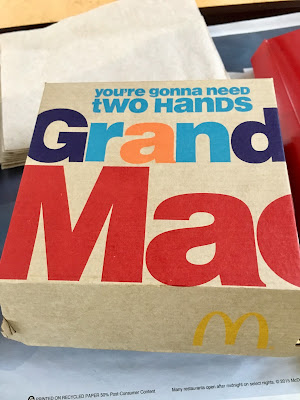 And now for weird food I ate. The Grand Mac (or YOU'RE GONNA NEED BOTH HANDS GRANDMA, as the box reads) is the latest in McDonald's latest saving throws to get people to like them again. At first I thought it was just a Big Mac with an extra bun, but it turned out to just be a bigger Big Mac. Well, I really DID need both hands, but I'll prefer to go somewhere else and reminisce about those changeable toys where the box of hot cakes turned into a dinosaur. 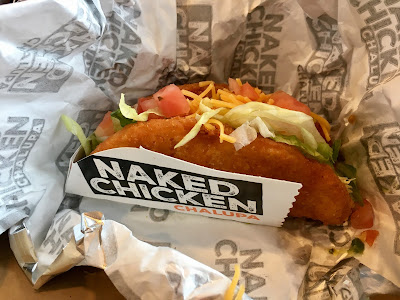 And here's something I ate just today: Taco Bell's Naked Chicken Chalupa, where the chalupa shell is a fried chicken tender. Who says America needs to be great again? THIS is the America that I know, fast food finding new ways to make us fatter. And it was surprisingly tasty. Totally better than the Grand Mac. 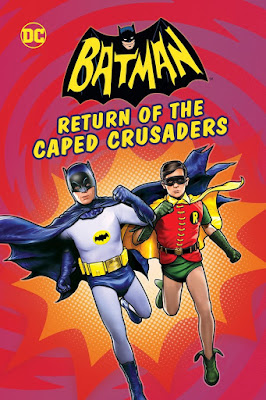 And lastly, a movie review. DC and WB Animation have been putting out animated superhero movies for the past few years, but Batman: Return of The Caped Crusaders is the first one that's set in the 1966 Batman tv show. Now that it's in animation, the fun, goofy show of yesteryear can finally run wild and do whatever the hell they want. It has everything: Adam West! Burt Ward! Julie Newmar! A villain team up! Dutch angles on fight scenes! The wall walk! A trip into space! Multiple Batmen! The Batusi! And yes, big ol labels on everything: 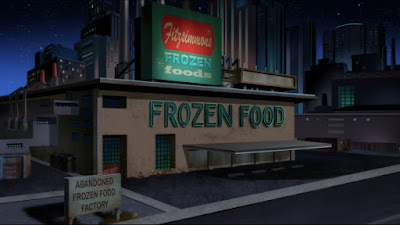 Not gonna lie, this is one of the best Batman movies I've ever seen. Sure, it's goofy as hell, and some of the plot points make no sense (How Batman & Robin keep solving Riddler's riddles are some of the best jokes in the movie), but it's definitely a good time and a must-see fo any Batman fan. It's pretty refreshing to see a movie of a Batman that isn't a PG-13 killing machine nor made out of LEGO (although that movie also looks amazing). I hear that there's a sequel coming soon with Two-Face voiced by William Shatner and I am hyped for it.

Well, this made me feel better, and I hope I did the same for you.