So how about that Infinity War, eh? 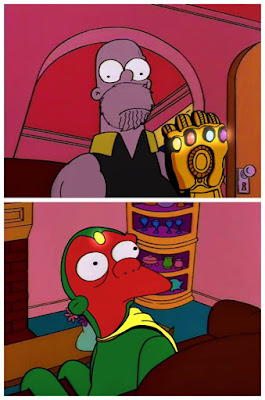 Unlike the rest of the internet, I'm gonna leave this space with as few spoilers as possible, but that picture pretty much sums up everything. 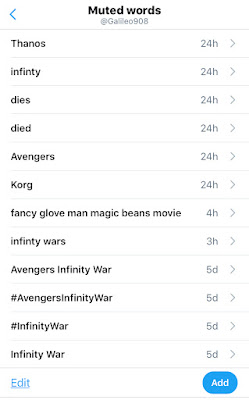 Speaking of spoilers, with a movie as hyped as this one, I didn't take any chances and muted as many trigger phrases as possible on Twitter. You can thank Lindsey Ellis for "Fancy Glove Man Magic Beans Movie." It was hard enough trying to avoid anything about it until Saturday afternoon, and now spoilers are EVERYWHERE. Seriously, any post on the internet not even related to Avengers will have someone detailing every single plot point as the first comment. People are asses, folks. I got spoiled for the past few Star Wars movies mere hours before seeing Force Awakens and Last Jedi, and I'm actually proud of myself for being able to go in to this one as blind as possible.

It was good, but ultimately left me incredibly wrecked. You know there's an Avengers 4 and several other sequels coming and that cushioned the blow, but an manipulative emotional ending was still an emotional ending. Seriously, I was a wreck for the rest of the day, I don't know when a movie did that to me. Maybe Logan?

I also can't believe that this movie made me sympathize with Thanos. He is crazy nuts, wants to genocide half the universe, and has a warped view of love, but damn it, I didn't want to root or him, but I did.

And you know what? I thought it was freaking cool seeing so many characters on screen at the same time, and in some all-out brawls to boot. We're all sick of the "most ambitious crossover" meme, but man, did this movie deliver. I did want to see more of the Guardians of The Galaxy with the other characters (maybe next movie), and Black Panther needs to be formally introduced to Thor, he's like the only A-Lister Thor didn't meet yet. Well, I guess when they filmed the movie, Black Panther didn't make like eleventy billion dollars at the box office yet, but I know Marvel's got more screentime for T'Challa coming our way now.

And speaking of screentime, this sums up my feelings for another character: 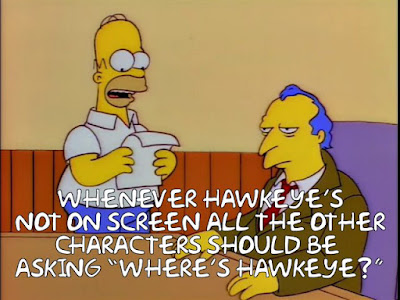 You just know Hawkeye is the one that's gonna save the universe in Avengers 4, I'm putting my money down on it right now.

With that out of the way, there's my usual monthly update on the cool stuff I did.

And I did do cool stuff, like I went to the flea market again last week and saw some things. 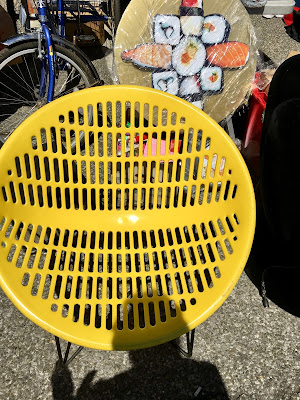 Like this chair! It doesn't look like much, but these weird, round chairs are everywhere in motels up in Lake George and these yellow ones were used at the motel my family stayed at every summer, the Dutchess Motel (RIP). I honestly can't believe I found two of these things right at the local flea market! Well, if they weren't $100 apiece and if I was able to fit it in my car, I would've taken one home. It's not every day you find a literal piece of your childhood just sitting around with a price tag, but it happened that day. The guy told me these were Italian in origin and normally run for $200 for some reason. They're a bit heavy, but I'm calling bullshit either way.

I also went to Big Apple Con in Manhattan and found some cool, weird comics! 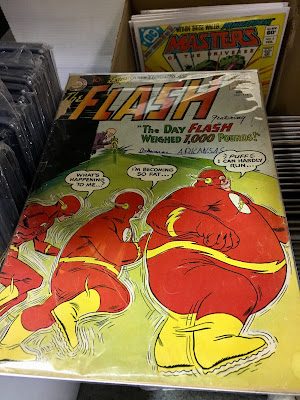 This infamous Flash cover was only $35, but it was in terrible shape, so I put it back. 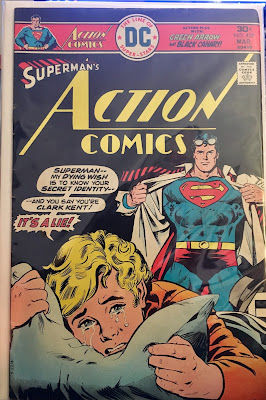 THIS famous Superman comic was only ten bucks, and picked this up! The story inside is fairly straightforward, where Superman reveals his identity of Clark Kent to a dying boy, and he's upset that Superman even has a secret identity, so Superman shows him that, yes, he's somehow two different people to make him feel better. 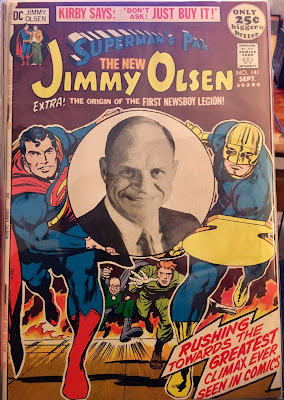 Speaking of ambitious crossovers, DC once had not one, 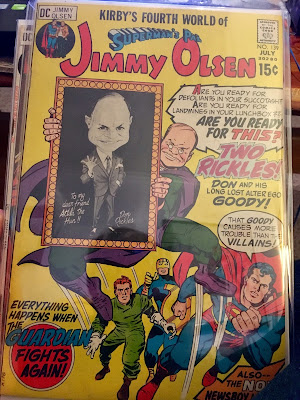 But TWO Jimmy Olsen comics with Don Rickles in them. If you notice, these issues are issues 139 and 141, and might be wondering where #140 is. I thought the same thing, but after some research I found that issue 140 was a giant-sized issue filled with one-shot stories, so these two comics are all there is. I haven't read them yet, but they're probably disappointing. The Silver Age was weird. 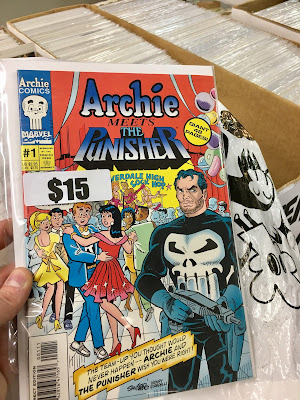 And THIS was my favorite find of the day. For the past few years I'd been looking for an issue of Archie Meets The Punisher, one of the most famous comic crossovers of all time. In recent years, whoever's been running Archie comics have been getting lax to what can happen to the Riverdale gang, like killing off Archie, making them star in an edgy murder mystery on the CW, and crossing over with the Ramones, Sharknado, Predator, and Batman '66 (coming soon!). This comic predates all of that, and is considered to be better than you expect it to be. Sure, I could've bought a copy on eBay, but that takes all the fun out of The Hunt. I just found it in a longbox with random comics, and bought it the second I found it. And then I found two other copies, both cheaper than this one. Such is life.

One personal holy grail down, many to go. Now I'm looking for that Spider-Man team-up with the Not Ready For Prime-Time Players, the one where the Avengers team up with David Letterman, 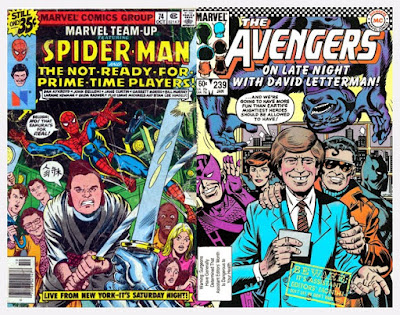 And the comic with all the Colonel Sanders teaming up Green Lantern style. 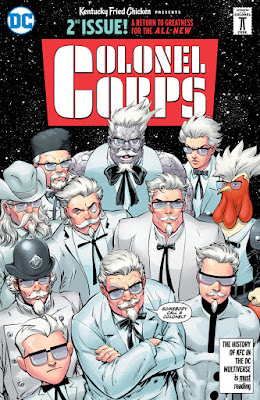 I think I've made it obvious that I'm a fan of weird crossovers. One of my favorite comics is the issue of Ren & Stimpy comics where Powdered Toast Man fought Spider-Man for crying out loud. 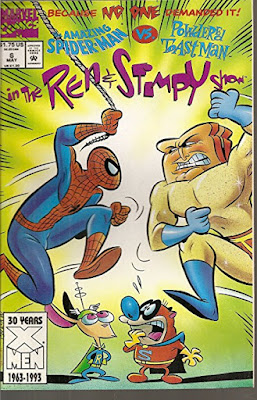 As for anything else...I'm just not that up for it today. Oh, I had this whole, grand plan to make an even longer, more detailed post with more of the stuff I saw and what a weird week this past week was. But today kinda sucked as a profound disappointment, on top of a week that was mostly a downer. You guys understand, right? Okay. Thanks. I'll be back really soon, I promise.
Follow Me on Twitter!(NEW) Follow Me on Instagram!
"Like" Beaming For Bunnies on Facebook!
"Like" my Simpsons Quote of The Day Facebook Page!
Posted by Galileo at 4/30/2018 10:46:00 PM No comments: Links to this post