Yes, you heard it right! It’s January 31st, so that means that today is one of the greatest days of all: 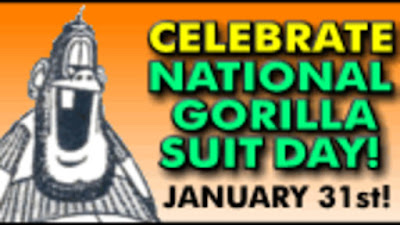 The holiday was created by Don Martin in 1963 as a story in his book "Don Martin Bounces Back." 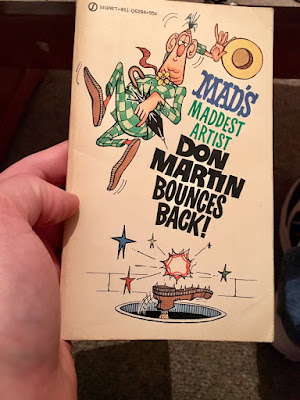 This particular book was gifted to me by my friend Ryan for Christmas. He's a great guy, and since he's a fellow lover of the day, he knew this book would be right up my alley. 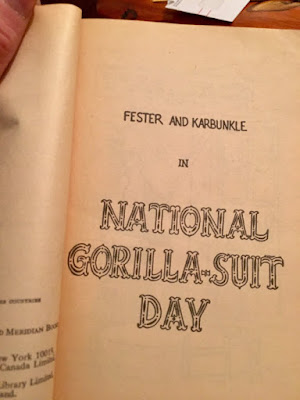 In this story, Fester Bestertester keeps complaining that National Gorilla Suit Day is nothing more than a conspiracy created by the owners of gorilla suit companies to make everyone buy more gorilla suits. 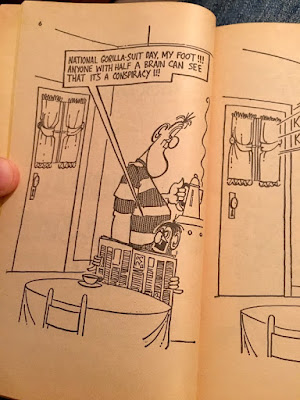 And gorillas keep showing up at Fester's door in their suits and proceed to beat the everloving crap out of him. 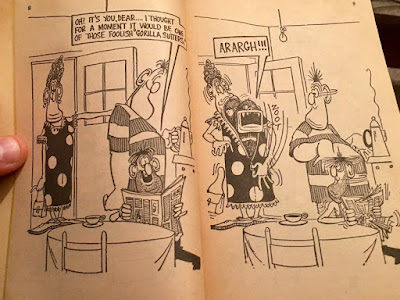 And since there's one panel per page, this gag goes on for 56 pages. 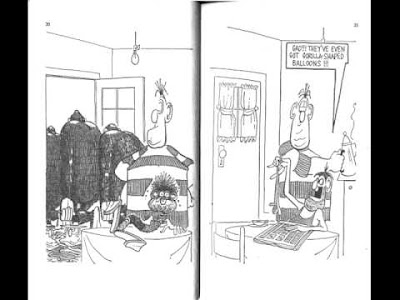 You'd think this would get too repetitive and dull, but it doesn't! Don Martin got a lot of mileage out of this one gag. Fester complains, someone enters the room, they zip down and reveal that they're a gorilla, they beat Fester up, they leave. Repeat. And it doesn't stop. Sometimes the gorilla is in a balloon. Sometimes the gorilla is a lawyer. Sometimes the gorilla IS ANOTHER GORILLA. The man was a master of timing and weird sound effects, and this is one of my favorite works of his. There's a few other stories in this book, but they're not as long or as funny, but I definitely recommend it.

Why is it on January 31st? That was thanks to Mark Evanier, who just decided that it should be celebrated on this day because the date itself is never specified in the story. That's one of his banners up at the top, there. 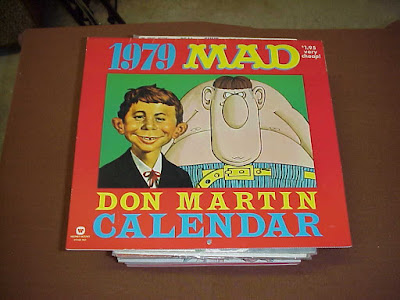 And according to this 1979 calendar, National Gorilla Suit Day fell on March 5th.

I wish I could go into more detail about all this, but there's not much info on Mark's site about it, because he deleted almost every reference to it in 2007 at the request of Don's widow since she was promoting a new Don Martin collection that had the story in it. Which is really weird in itself, when you think about it, it's always been one of the weirdest enforcements of copyright I've ever seen. His estate owns the rights to all of his non-MAD works and sure, it's understandable. But Mark's been in the business for years and was really close to the MAD magazine staff, and his blog essentially gave it free promotion.

Regardless, folks like Ryan and I keep the spirit alive and celebrate anyway, legal reasons be damned. Again, this could all be another conspiracy by the Gorilla Suit companies to make the public believe that there aren't any gorilla suits anywhere to buy.

I'll just leave you with my favorite gorilla suits of pop culture: 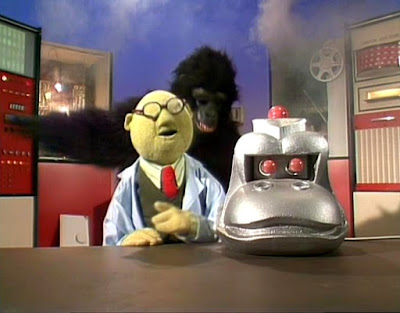 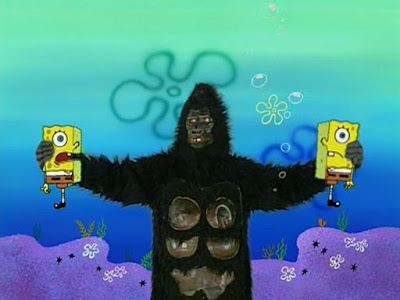 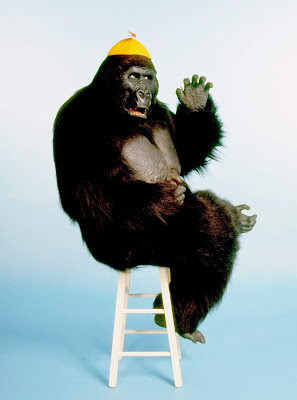